Iv been thinking, and 9 times out of 10 thats pretty dangerous! haha

Every room in the Casablanca (all 3) has been overhauled at least 2 times, The first time, when I moved in at 15 and just wanted be rebellious and paint, and the second time 17 - now When I decide I wanted my house to look like a proper house.

Well Now that the "Lounge, and kitchen are 'finished' (cuz lets face it i'll never be done haha) Its time to take a second look at the "Den" and bedroom. 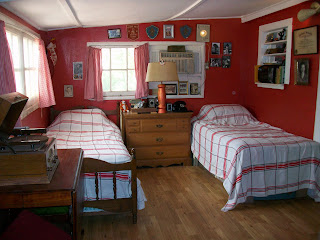 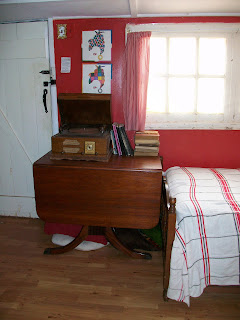 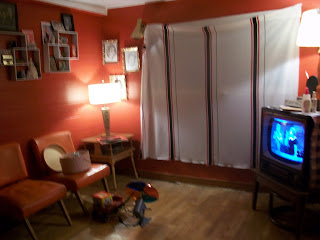 The Paint is a special mixed color called "Radio City Red", I had it matched to the color of the velvet walls in the Lobby of Radio City Music Hall in NY. 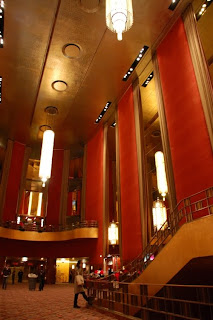 It is my MOST favorite place in the world! At one time the ceiling was going to be covered in gold leaf (just like the one at radio city) but then it became to expensive and I just put this room on hold.

Well Now that the "Den" has been created, Im thinking its time for a change! The Room was added to the house in 1956 -57 and between the "casabalancians" (- one who goes to the Casablanca) there is an EPIC battle going. The girls are wanting a color called "Pink Palace" its a very pale shade, and it looks VERY 50's (But I worry its not manly enough for the rest of the house. Where as the guys are wanting this turquoise blue color. Yesterday I found inspiration in "Mary Deluxe' Living room! I love everything in it, but my budget doesn't allow us to put a wainscoting of white around the room.

Also all my fixtures I have found and saved over the years are Creme and Gold, (gold and pink would look nice) But If we end up doing the Blue do you readers think the Gold would "clash" with Turquoise?

Do you have any Ideas?! and paint colors, you might think would look good in this room?

I can tell you, the twin beds are undergoing a makeover, they will be with out foot boards, and only have head boards (any ideas?) I had planned on either making headboards, or finding an old twin bed with matching head and foot board and using them both as head boards.

Also Most of the furnishings in the bedroom/ den are dark. I kinda like all the wood to match, do you think Dark will look good?

Now everything really depends on the couch I buy for the Den, and what treasures I find on Christmas break. The Couch is coming from Big Lots. 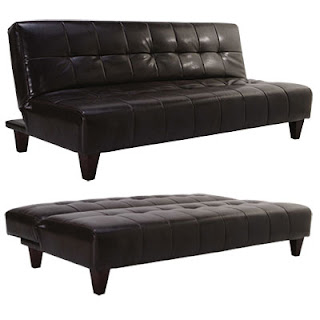 Does anyone out there know where to get an even better looking couch?! id really like to get a vintage one, but I have NEVER come across a really great one....

Well Lets hear it! You Guys are as much a part of the Casablanca as the Regulars!!!!!

I think the turqouise, red & gold would look great together; if you thought of keeping some of the red and incorporating it.

I always see vintage couches @ estate sales, they go for about $100. One day, I'd love to snag one.

Good Luck, I can't wait to see how it turns out.

I think the turquoise would look great with the gold. Other than that, I have nothing constructive to add, lol. I love the direction you're heading!