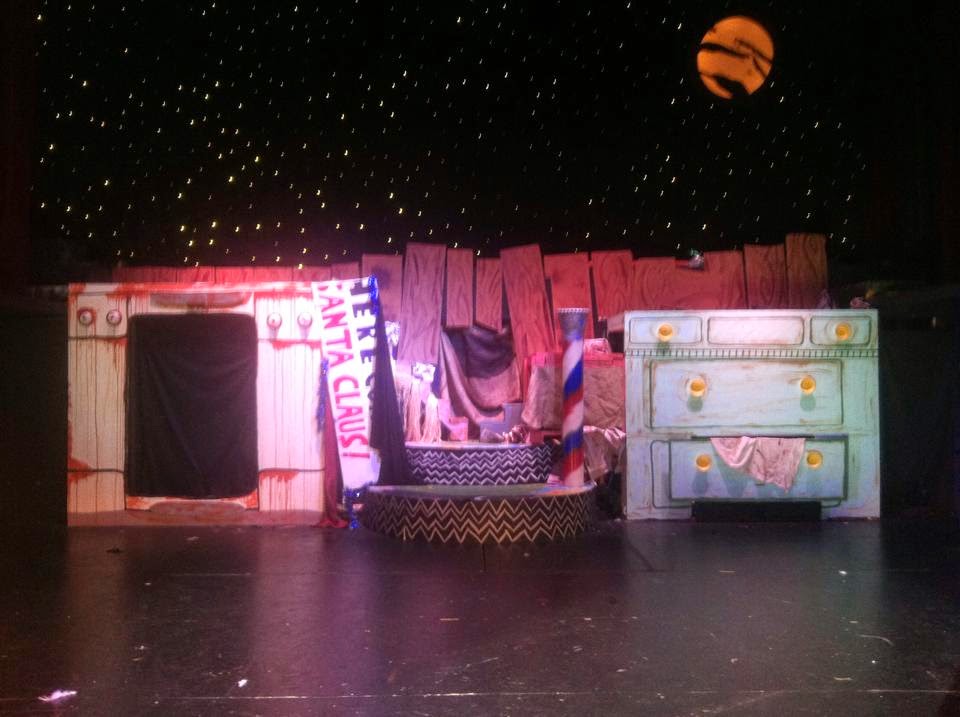 Andrew Lloyd Webber's "Cats" musical (based on T.S. Elliot's book of practical cats) was a project that I was reluctant to work on, but it is a show that won me over in the end. All the pieces in the pictures were painted in five days. (After the set builder walked off  and quit a week before the show opened. leaving us with less than the bare bones of the set.) I am very pleased with the final product!

The musical tells the story of a tribe of cats called the "Jellicles" and once a year they make what is known as "the Jellicle choice" and decide which cat will ascend to the Heaviside Layer and come back to a new life.

The Junk Yard
And creating a space that showcased the actors as "Cats". 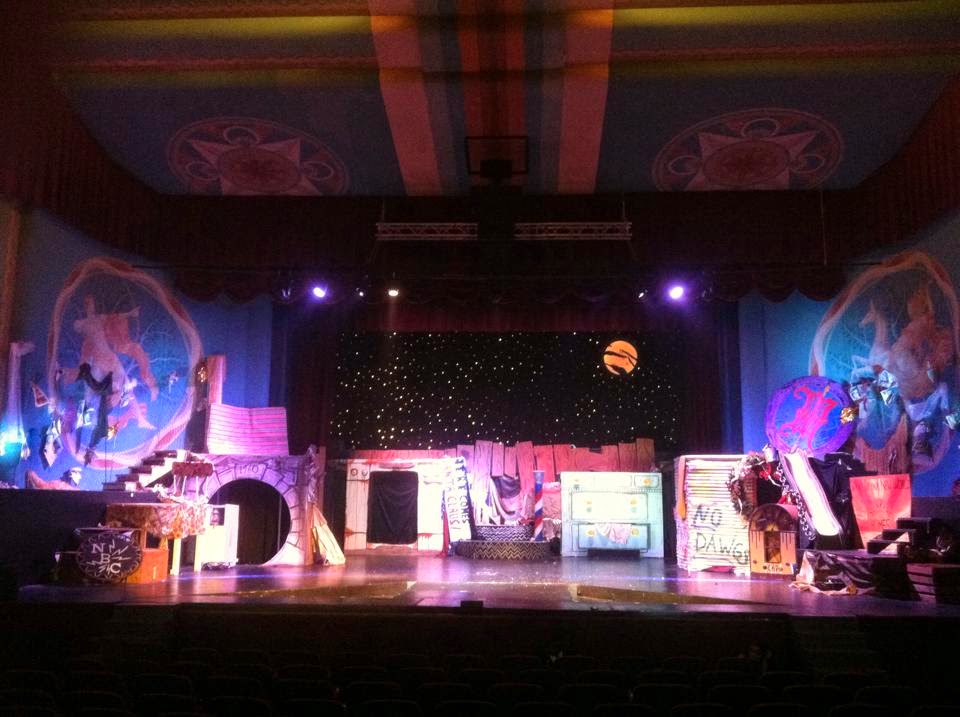 (Full Junk Yard.)
This is the second production of "Cats" to hit the Wichita Theatre (with five years in between.) The last time, the set was comprised with odds and ends to make a junk yard. This go round I was saddled with the task of making the set proportional to the actors. In other words, making it big! 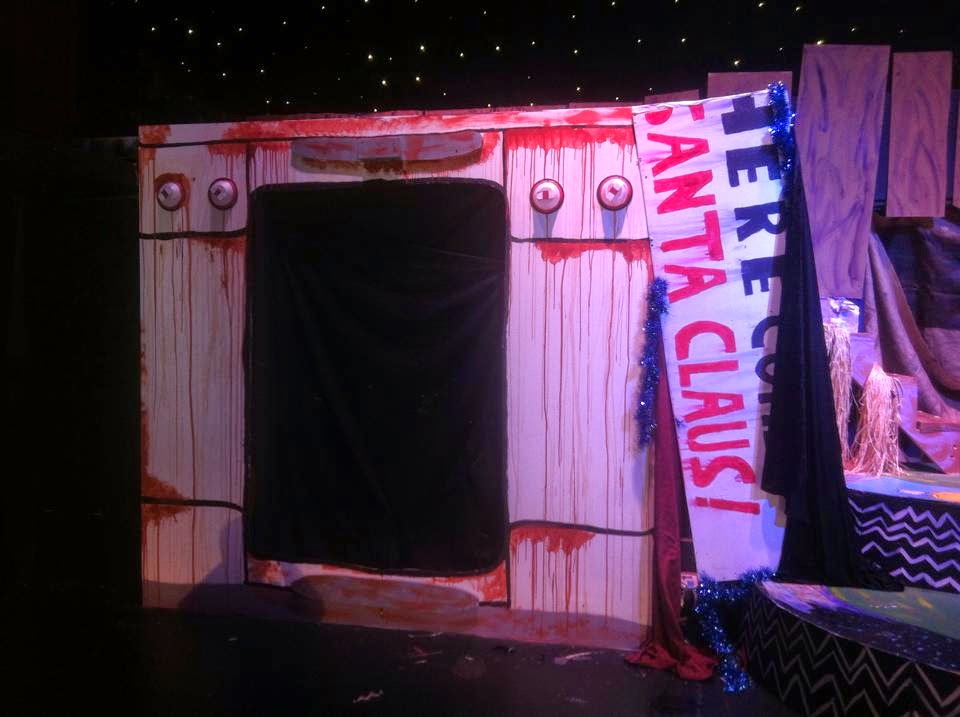 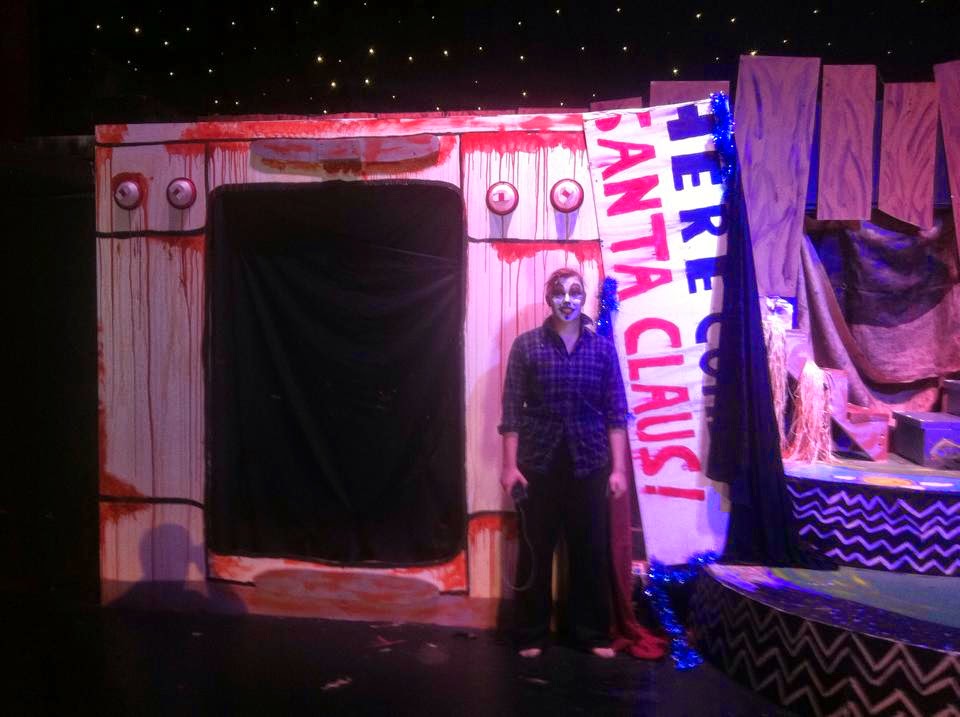 To show how large the pieces are (about 6-8ft tall) acquaintance Katie stands next to the stove. The look of the stove was achieved with paint, and I used paper bowls for the "oven knobs". 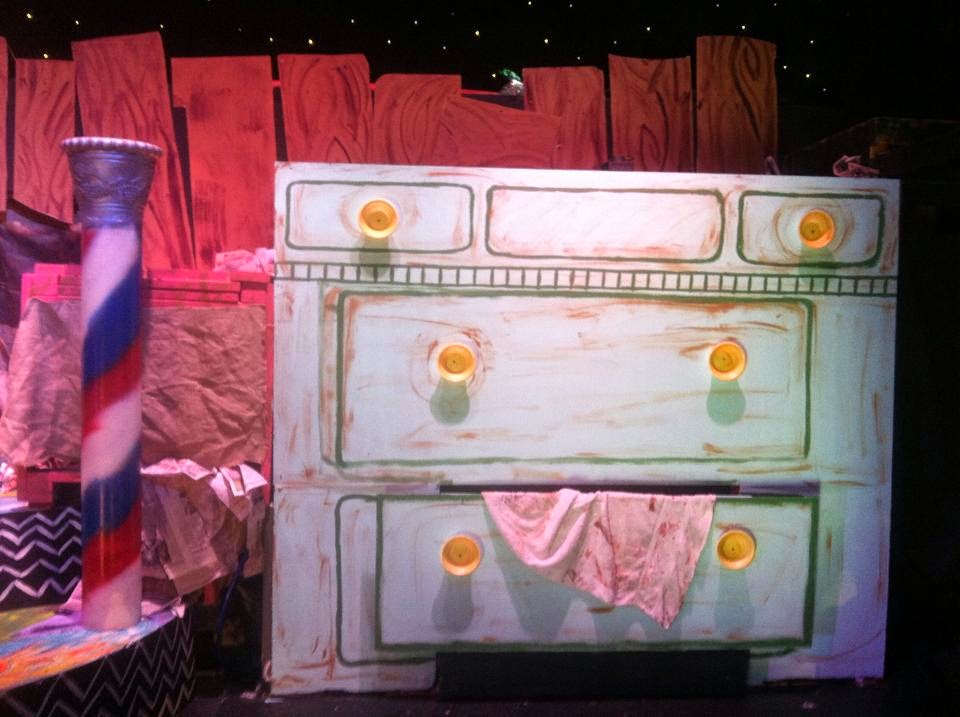 (Barber pole and chest of drawers6ft tall.)
The chest of drawers was used as an entrance for one of the cats. (In most productions this is an old car trunk.) For our version we went a different direction with a working dresser. 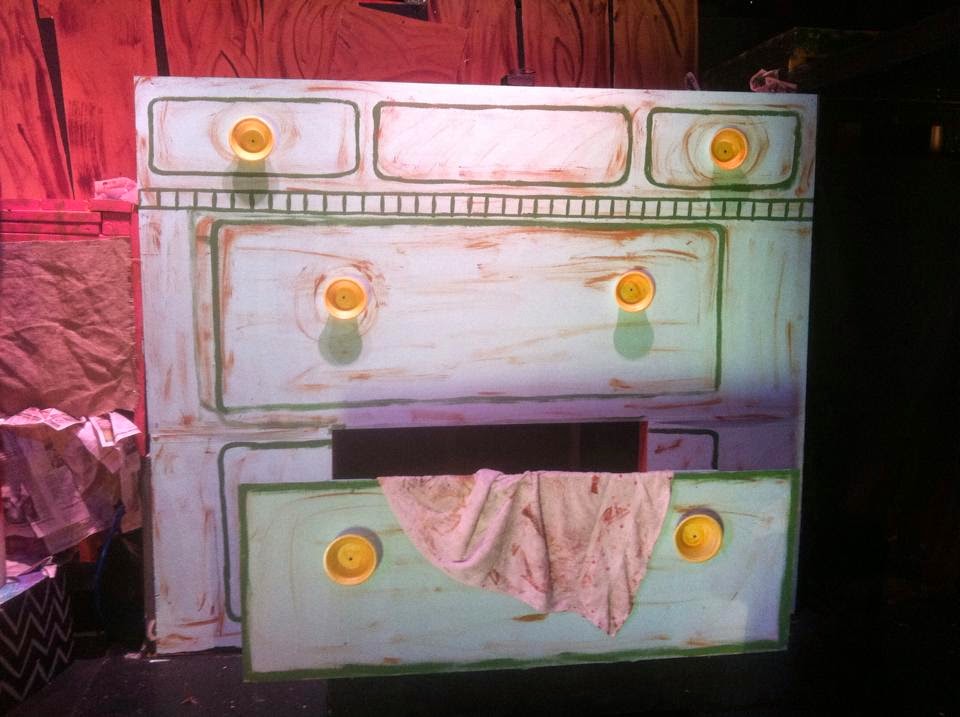 The bottom drawer is a rolling platform that is pulled forward to "open". I also used painted paper bowls to for the "drawer pulls". 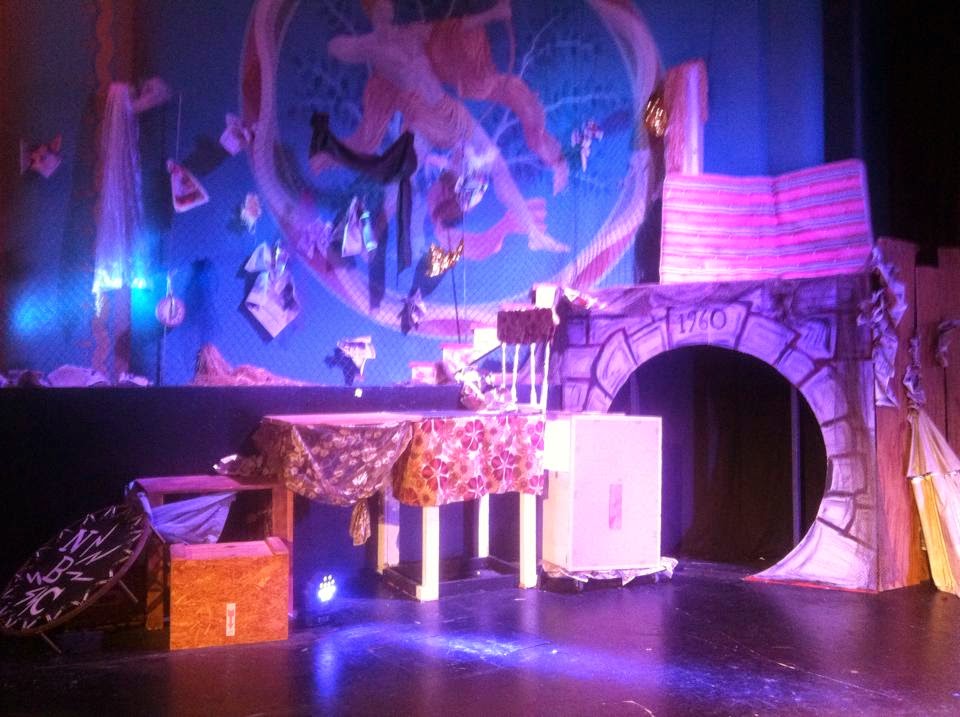 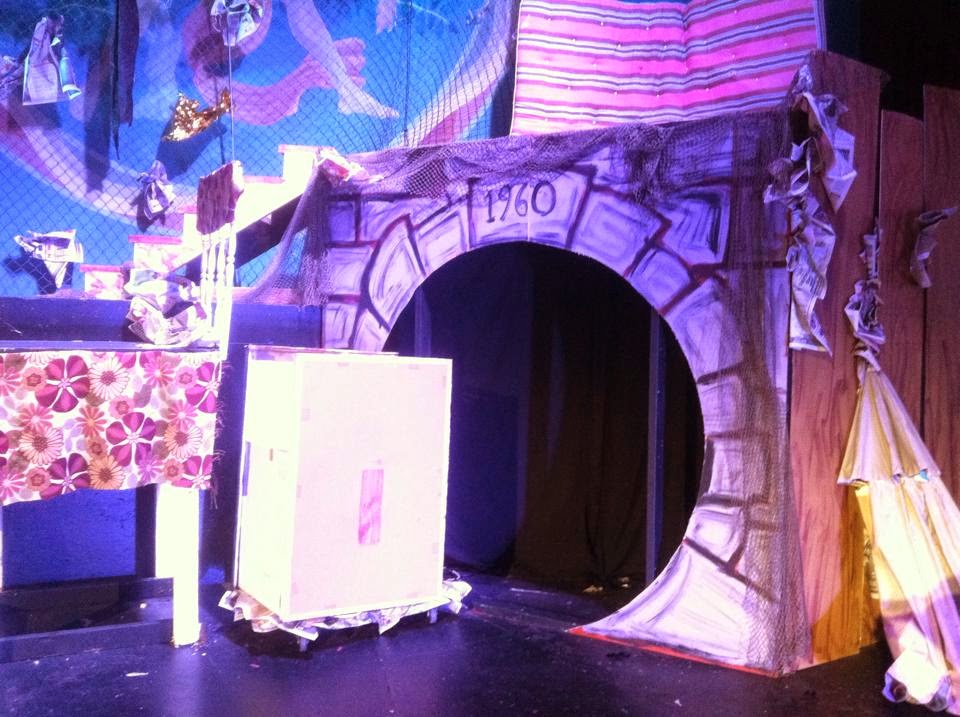 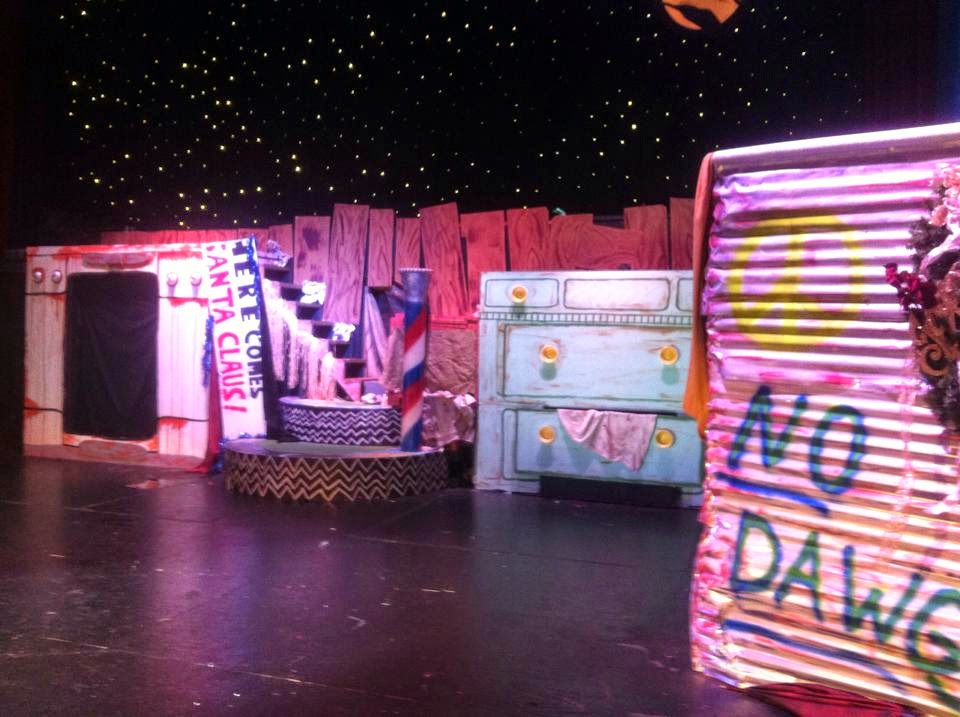 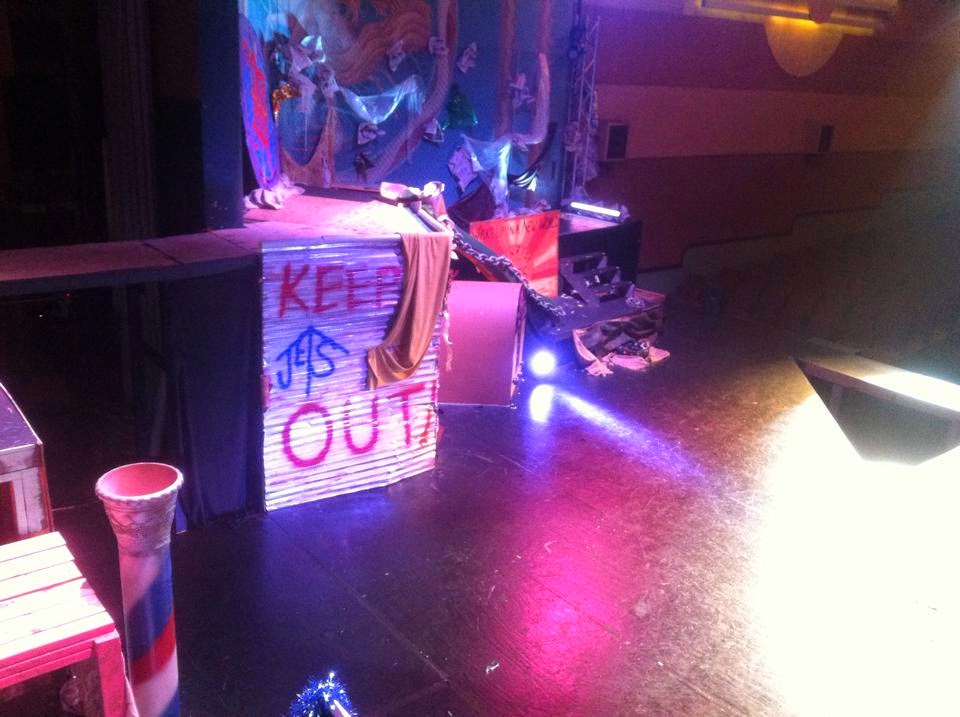 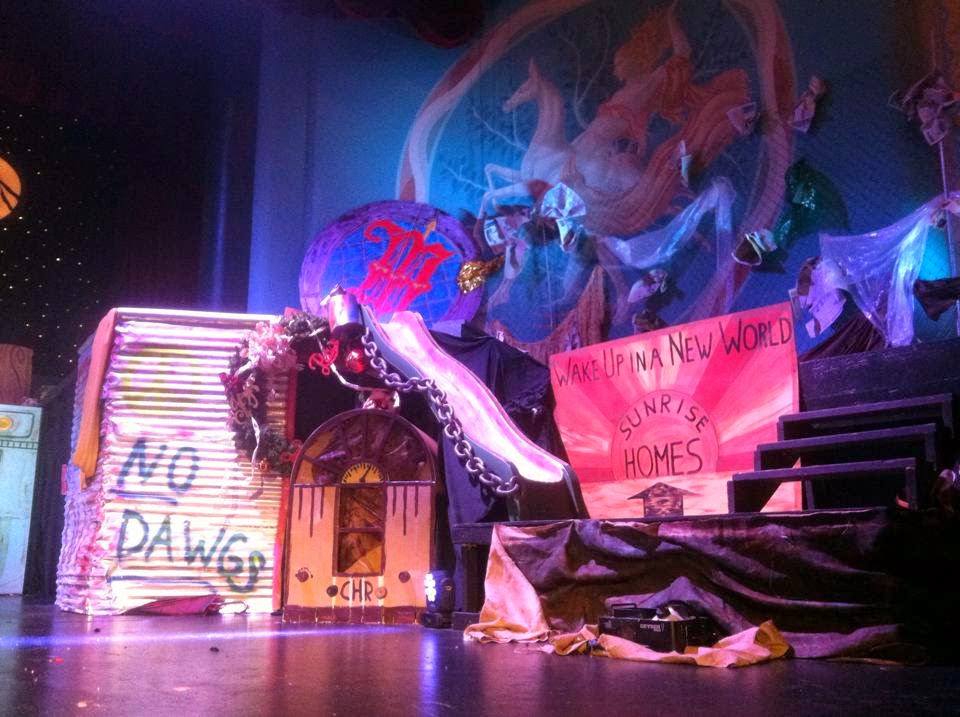 All sorts of junk nestled on stage left. Neglected billboards, stain glass windows, a slide, and a tombstone radio. 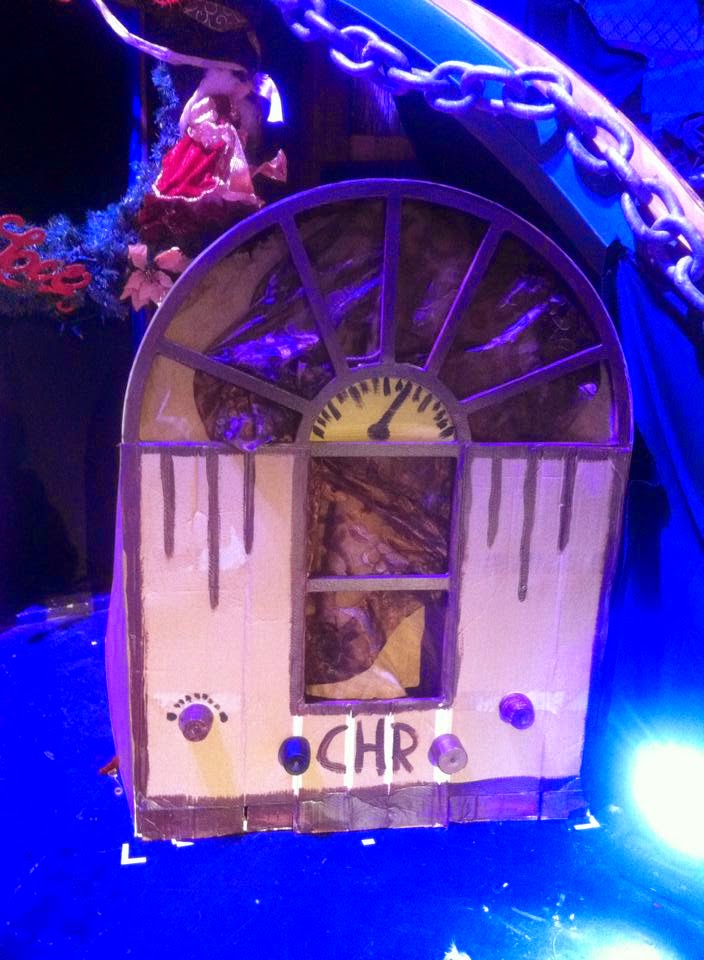 The radio is one of my favorite pieces, I created it by using an old window frame from a store display, cardboard, a few spray paint caps, and some sheer & burlap fabric. It really rallies with the stove for my favorite piece in the show... well, except for the train.

During the song "Skimbleshanks" in the second act, about a famous railway cat. The cast of cats collect spare pieces of garbage from the stage to make a moving train. I designed our particular version of the train, and was surprised how WOW'ed the audience was by it that they erupted in applause! It was deemed so impressive, that it was mentioned in the news paper review THREE TIMES!

As I said, when we started this production I was not a HUGE fan of "Cats" BUT, it has steadily grown on me! I think the thing I enjoyed most about this set was the paint effect and distressing of the pieces. Since I was pressed for time it also helps that the setting was a "junk yard". 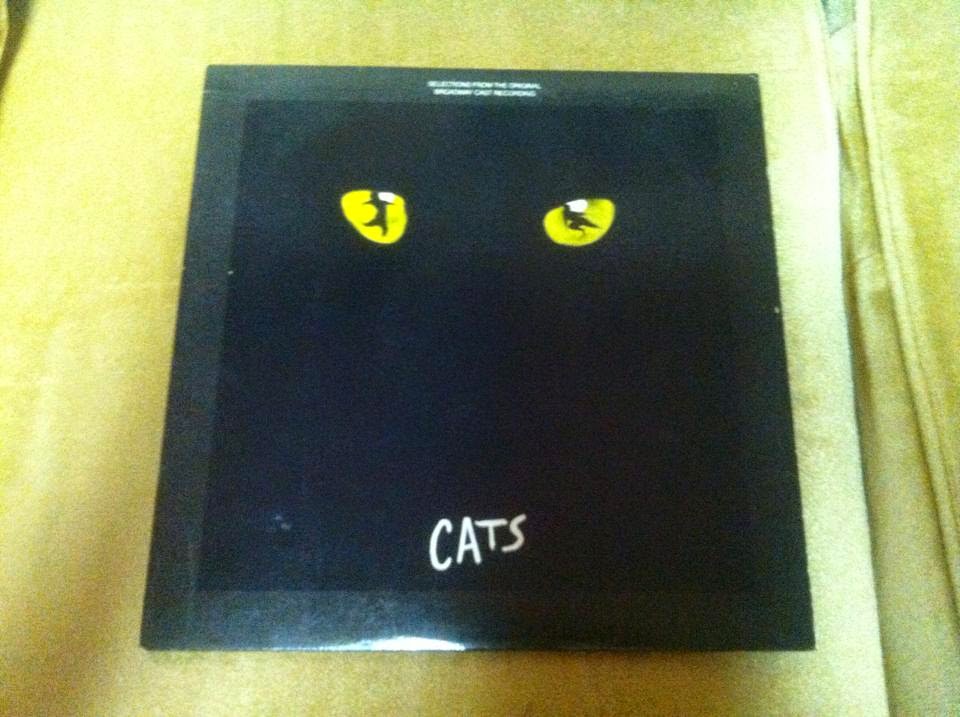 (My signature record album for the cast to sign on Opening Night!)

Conversation from the final night of tech week-

Me: "I'm really excited about this show and this set! You know, they call me "the magical Mr. MICKstofolies"! " 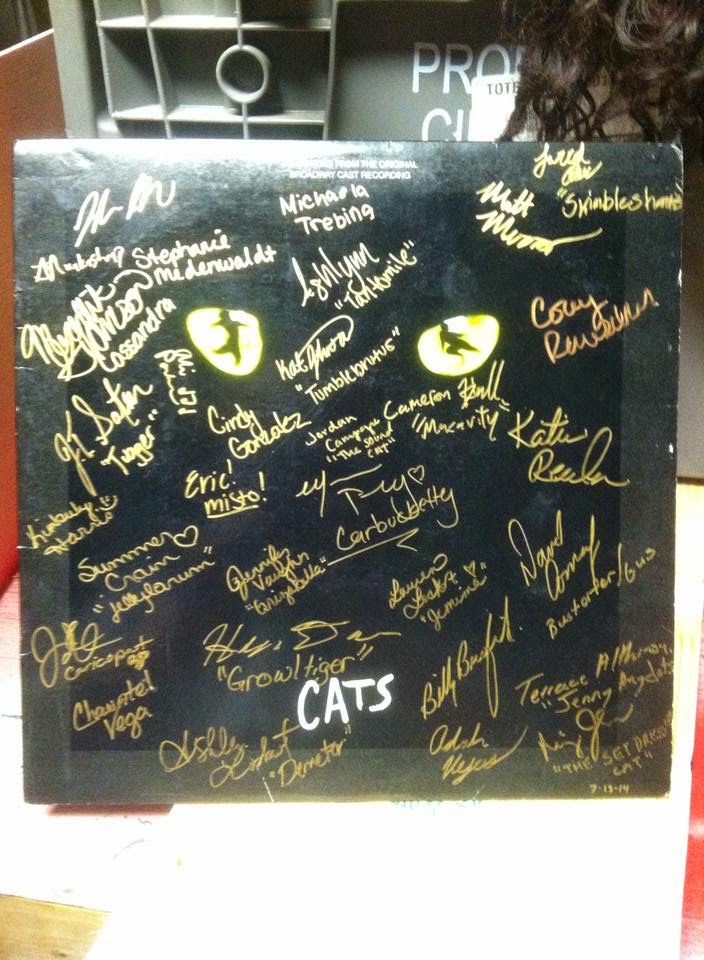 Haha so glad this revival was a smash!

Great set Mick! I saw Cats once and loved it but thought it a bit too long for me. The set and costumes were amazing and I think your set was pretty amazing also.

The set looks fantastic! Years ago I had a friend who was part of a Broadway touring company, and she played Jennyanydots.

Great set! I never saw that musical....Then again I only saw Wicked live 2 years ago.