Legends of the Baker.... 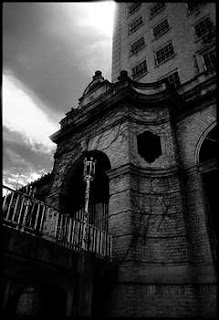 As promised here are the famous and infamous stories of the Baker Hotel, each one documented and true but whether the ghosts roam the grounds is for you to decide. I will warn you most of these stories are OVERLY dramatic... and a little graphic, but hey that's what makes them! Here are my three favorites. 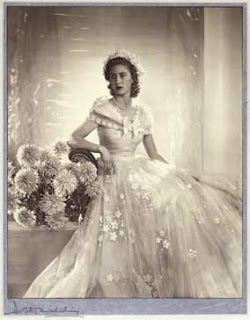 The first and probably most famous event takes place in 1939.... Its was a social season the likes of which no one had ever seen. The reporter's flash bulbs snapped each young lady with her escort debut to Mineral Wells and Texas society. A formal dance was being held in their honor high above the world in the "Cloud Room" 15 stories from the ground. A certain young lady in a pretty pink chiffon dress and her escort had sneaked a bottle of gin and as they danced the room became too "hot" so out to the terrace they went. It is my understanding that the swimming pool looked quite beautiful with its fountain lit up at night. It catches the young ladies eye and she tells her beau she wants to go swimming. He tries to steer her to the elevators but she insist she will join him at the pool later so the young man steps into the elevator and tells the attendant, "7th, please." By this time the gin has started to make the young lady's head swim and cloud her judgment... Out she walks to the ballroom's balcony, slips out of her shoes, climbs over the rail, points her hands to a dive and "jumps" into the night. Needless to say she didn't make it...

So when the people of Mineral Wells look up and see the image of a young girl standing on the top floor of the Hotel, they know she's just going for a swim. 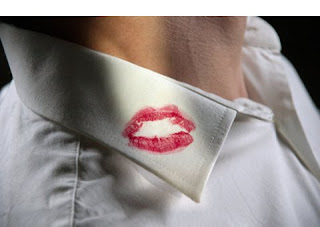 "The Lady in Red"
The man, the visionary T.B. Baker not only kept a world famous hotel in Mineral Wells; it's also where he kept his mistress. It is said her name was Eva. Baker lived with his wife in their 14th floor apartment and he kept his mistress on the 5th floor. While she lived a lush life in Baker's care, it was not a full one. One night in a fit of rage Eva threw a lamp at Baker, telling him it was "her or his wife". Baker stood there only a moment then replied, "My wife, I don't want a scandal" closing the door behind him. Eva was in such a state she rushed around the room screaming, "I'll give him a scandal!" She grabbed a record from the Victrola smashing it on the bathroom sink, she took the biggest piece of the record and used its edge to slash her wrists, blood staining her clothing. She made the papers the next day, a suicide. Though the papers only mentioned it Eva sent her message to Baker loud and clear... The title of the record that had drained her of life? "I can't give you anything but love" ...

It is said Eva still roams the 5th floor. You can hear someone humming a faint chorus of the song and smell a strong perfume. It is also said if she takes a liking to a man passing by, she will flip his tie over his shoulder. 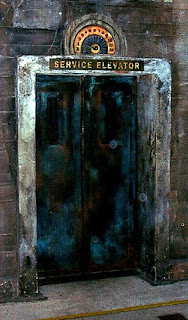 "Going Up"
This tale takes place in the summer of 1948. As we all know hotels of prestige often come with the luxury of bell boys or bell hops. On this hot July day two of the bell hops (no older than 15) decide to beat the Texas heat in the cool dry air of the hotel basement. Now you see, the Baker has a total of five elevators. Four in the grand lobby, and one standard service elevator that goes from the basement directly to the ballroom with out stopping. While the boys were in the basement they made a game of standing on the service elevator platform, hitting the up button and jumping to the basement floor as the elevator went up (This was in the days before safety doors, and the cage door on the elevator could be left open while moving.) I can imagine this was great fun, until one boy slipped. By the time he scrambled up and jumped the elevator was getting dangerously close to the basement ceiling. His friend tried to help by pulling him out of the elevator but instead the boy was caught between the elevator floor and the basement ceiling, breaking his spine and crushing him to death. The Baker Hotel paid for the funeral service, and gave his family a small pension for their loss.

This story is the basis for the Disney movie and ride "Tower of Terror". To this day screams and the grinding sound of machinery can be heard from the vacant basement. A sad reminder of two boys horsing around.


*   *   *
If you would like to read more about the countless ghost stories and encounters just google "The Baker Hotel". I would link a few but there are just too many! People ask how such a place can be so haunted, and I remind them that not only was this place a grand hotel but also a health resort. Many people went there with hopes of becoming well, but this was not always the case...

Hope you enjoyed the stories! (This post seems better suited for Halloween not Valentines!)

Love the stories. I'm such a sucker for the macabre. When we bought our little semi-detached home in East York (east Toronto), the name of the seller was "the estate of Violet Duff." I began finding little artifacts of wedged in the baseboards, etc. I'll do a post on the topic. At least you'd find it interesting.
You have a rich internal life, like me.
Erin

Since you 2 fine Ladys commented I'll share a secret with you, The Picutre of the "Debutante" is the actual girl.