What Are You Doing This July?!

Well Readers, My Summer is pretty much set!
In April, the Wichita Theater where I work held auditions for one of the most anticipated shows of the season (if not the decade) "Hairspray". 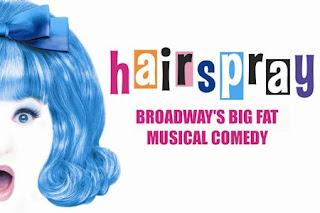 Now Readers, this one has always been one of my favorites even before it was a musical. I can't tell you how many times I watched the 1988 Movie in my early teen years. my friends and I even made the sets to do a shot by shot remake (but it never happened). When I went to New York for the first time in 2004 I saw the musical live on stage with Mathew Morrison as "Link" and Laura Bell Bundy as "Amber Von-Tussell"  I also have the autographed Broadway show poster & program they signed to prove it.  So you can imagine just how EXCITED I was when I found out I was the set dresser for this show!  ( What friends and I have been joking as, 'The Casablanca on stage') I was even more excited to audition for a chance to be in the show, back in High School the Theater Class called our self's "The Nicest Kids In Town" as a joke and mimic from the song in the show.


The theater had lots of people turn out for auditions, and I am proud to say that I was one of the 56 people chosen to be in this show!  I really wanted to be a dancer on the "Corny Collins Show" but  I landed the role of "Mr. Pinky" the owner of the Hefty Hideaway, House of Fashion for the Ample Woman ! 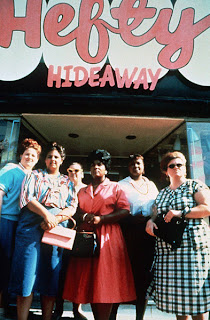 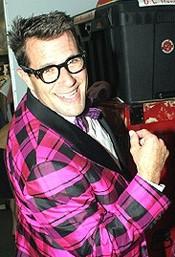 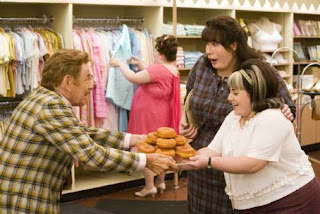 (Played by Jerry Stiller in the 2007 Movie Musical)
*  *  *
At first I really didn't want to audition, I just wanted to be stricktly sets on this show... but the closer the auditon dates got the more I kept convincing myself "how could I not?!"  This part only has about four speaking lines, and is a very quick cameo of the movies character, but seeing as how the sets are going to be a MASSIVE UNDERTAKING this suits me fine! We are planning to make a behind the scenes documentary video of the sets, and I'm just so very glad I get to be apart of it all! We have the makings of a fantastic cast and they have estimated we'll receive about 5,000-6,000 people to be seeing this show during its run! This means things around the Casablanca we'll be pretty quiet this July but I'm sure we'll make up for lost time before the years over!

I'm off to 'practice every step that's in my repertoire'...

You are non-stop! This sounds like it will be a blast! Can't wait for all the details Mick.

The 1988 version of this movie is one of my all time favorite movies...and my BFF and I quote it to each other all the time to the point if we see each other's phone number on the caller ID, we'll pick up the phone as if we were working at the Hardy Har or Mr. Pinky's Hefty Hideaway.

I'd be so excited to work on the sets/costumes for this show! Break a leg, you're going to have a blast!!

I sure hope you get to wear a suit jacket like that! Even better if you get to keep it afterwards!