Well Guys and Dolls!
As iv'e been telling you, I tried out for Happy Days the Musical here at our local Wichita Theater. I was going for the role of Richie Cunningham, but instead I was cast as class clown of Jefferson High School's graduating class of 1959 Ralph Malph. 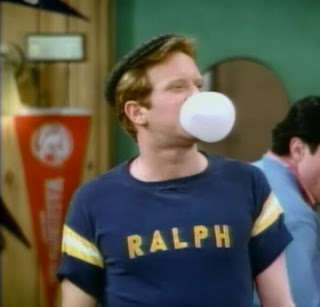 I cannot tell you how GREAT this show is going to be! All the characters from the show are in the musical, including references to Lavern and Shirley, Mork and Mindy, even Bill Gates, and the Denny's franchise is mentioned!  This show for me is going to be one big sock hop! Here is the Broadway trailer from the shows run a few years back.


The music is cheesy but then again so was the TV show!  As Ralph I'm part of a Barber Shop Quartet, (comprise of the 4 best friends Richie, Ralph, Potsie, and Chachi) I also get to ham it up the entire show as class clown and courageous coward. We've even made a Facebook group "Jefferson High School Class of 1959" 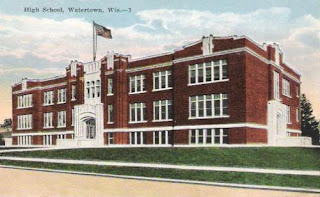 (Complete with school crest and colors.) 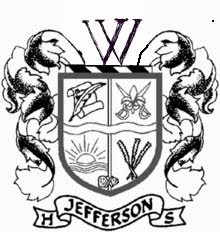 I REALLY hope we get to wear blue letter sweaters/ jackets! (Haha how corny and I?!) 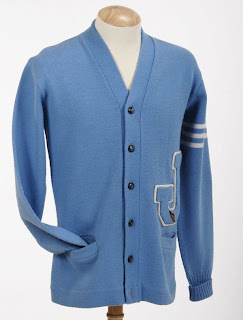 (I would wear this proudly both in and out of the theater! I'm seriously looking for one right now with ot without the J. Any ideas where to get one?!)
This Is going to be SOOOOOOOO much fun! The Show Opens Oct 29th so if any of you just so happen to be in the Wichita Falls Area send me an email and come see the show. Maybe I could even get you the On Stage  V.I.P. seating and you could be apart of our LIVE studio audience!
-Mick-
Posted by Mick at 10:57 PM

Gee, congrats Mick. Once day you will be out here in Hollywood, or in NY doing plays, mark my words. =)

Yeah! You will be a great Ralph Malph. There is a shop here, Vintage Vogue, I'll bet I could find you a sweater there! Zoot

Ralph Malph was a GREAT character and you're perfect for the part (although I can totally see you as Richie, too). How I'd LOVE to be in that on-stage "live studio audience" or at least see the show. You just have tooooo much fun, kiddo. Break a leg and all that!!!!! And yeah, I'd say your best bet in finding a sweater like that would be a vintage store or eBay and I'll wager Miz Zee finds you one, too.