And We Had A Wedding 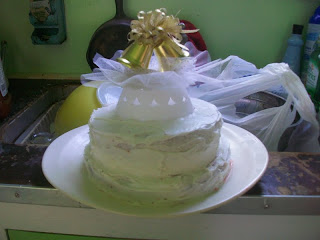 Remember the red velvet cake I with held from you on Wednesday?  As it turns out it was a wedding cake for our friends Brett & Lydia, our little group of friends had decided to throw them a "Wedding Party" so we baked up the two tier cake.  It was kind of a last minute deal and I was really kicking myself for not getting a vintage (ultra tacky) cake topper so after searching around town I finally made one myself! 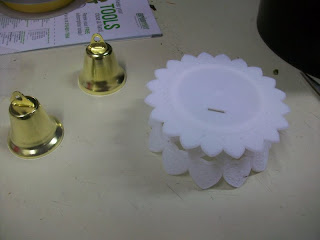 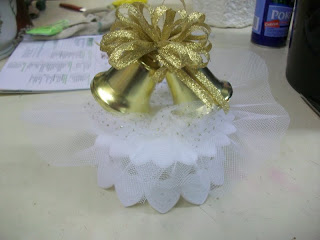 (After a little Mick Magic)
After giving up on trying to find a vintage groom and bride topper on such short notice, I remember that on my Grandmothers wedding cake in 1955 she had gold bells as the topper. Since this year is "1957" I figured the bells would still be appropriate... however, the next part of our story is pure Casablanca magic.

You see, I've always wanted to have an at home wedding at the Casablanca, Iv'e had this It's A Wonderful Life-esk idea of a formal parlor filled with flower garlands and the like, and a few friends have tried, even  written letters asking about it, but its never happened. Well  Sunday that all change din a matter of about 10 minuets! I kept going on and on about it and then friend Savannah from Oklahoma says "Well hey I took a two week course in college and I can bless and marry people..." I immediately freak out  shouting "FOR REAL?! DOES ANYONE KNOW HOW TO PLAY THE WEDDING MARCH?"  Friend Jarrod says "I think I do!" and with that we were off on a race against time as Lydia and Brett were minutes away!


"Something Old, Something New, Something Borrowed, Something Blue..."
We run around the house frantically, something Old- is the Casablanca itself, something New- a brand new 2011 penny (which she will be wearing in her shoe on Saturday when they have the second and more real ceremony), something Borrowed- Miss Casablanca's crown acted a a wedding veil, and something Blue- we made a crate-paper bouquet and wrapped the handle in bright blue painters tape! When the happy could arrived at the Casablanca friend Kelcie went out and sent Brett inside and helped Lydia get ready for her walk across the living room isle. Once Brett stepped in the door he said something like "Hey guys whats going on?" 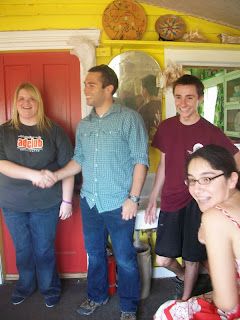 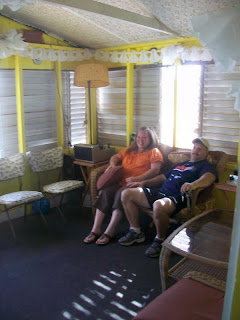 (The Witnesses, Mr. & Mrs. Adams)
Witnesses, Maid of Honor, Ring bearer and all the Ceremony went something like this...


None of that was rehearsed and we had them "Casablanca married"  in a minute and 44 seconds! Of course there was a reception immediately following the ceremony... 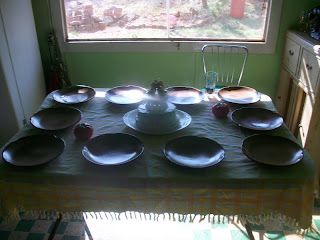 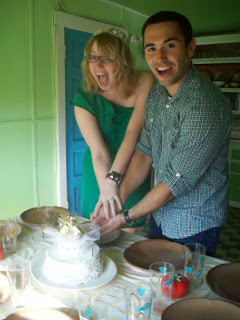 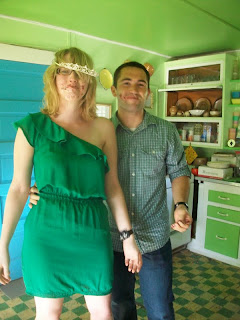 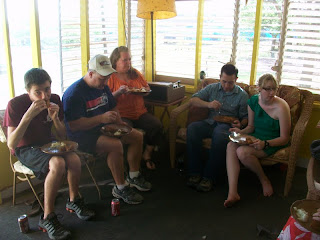 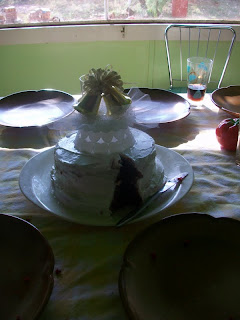 And what would a wedding  reception be with out a few speeches...
Oh Wes and his candid comments...  not to be out done the Maid of Honor makes a speech!


After the festivities the evening was spent swimming away... 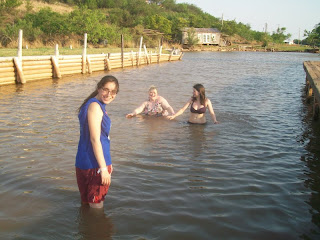 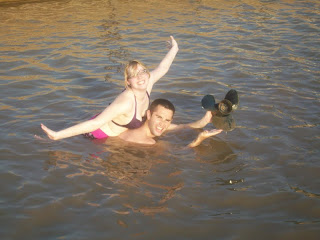 (Lydia & Brett, and what believe is a piece of the 'Titanic')
After swimming we lounged about talking of the up Actually upcoming wedding Lydia has been planning (and we will be attending this Saturday) before everyone headed back into town we toasted the happy couple once more! 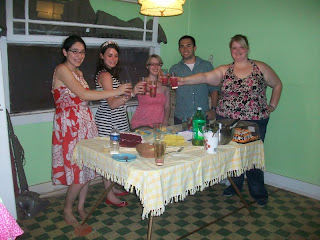 We are so very happy for them, and wish them all the love and luck in the world as they start out on this new chapter in their life! 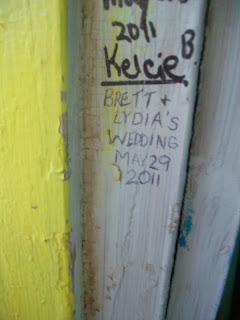 (An occasion added to the long list of highlights in the Casablanca's door frame record of History)
*  *  *
Brett asked if anyone else had been married there before and when I told him that they were the first he said he was honored, well truth be told I was honored to have the opportunity and such great friends to throw a Wedding party/ impromptu ambush marriage ceremony! (and go right along with it!) 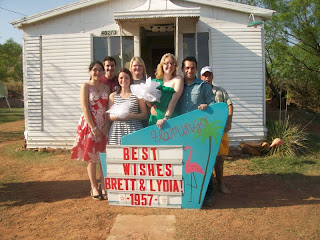 Oh, this is beyond adorable! You guys are best! So original and I like the ambush style of the ceremony! So frikkin' cute! The Casablanca, where memories are made!

Have a super weekend.

i love this! that cake looked amazing. everyone seems so happy. i'm lovin' the casablanca!