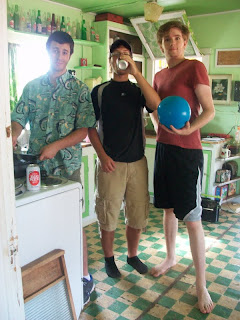 (Utah, Jarrod, & Cameron)
With Harispray over and done with, and a few weeks before the next show, a few of us guys headed out to the Casablanca for the weekend. Friday night Utah cooked his nearly world famous Cajun shrimp, boasting "If the spice don't give you a heart attack, the butter will!"  right after dinner we had three small rain storms and it cooled the weather off considerably, which was a GOD SEND as the air conditioner in the bedroom has cooled its last. Its the first time since March that we've been able to sleep comfortably with the windows open. 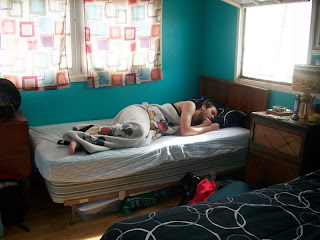 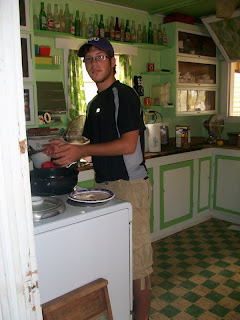 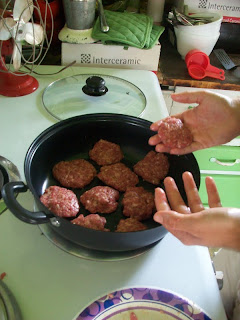 (Mmmm mmm good!)
Friend Utah poked fun at us for cooking which prompted me to say "Just because your a college guy, is no excuse to not know how to cook and/or starve to death..." and we ate up everything before I ever thought about taking an after picture, it was good! 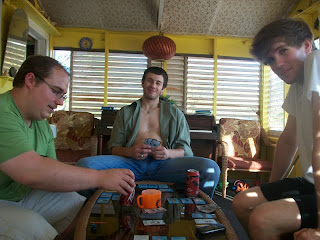 ("I will go to my grave telling people this game was "poker"...)
Later that afternoon friend Jarrod had to head back into town and but we were joined by friend Joe for dinner. 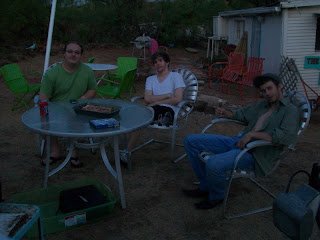 After a meatloaf dinner we all settled out in the Drive-In to watch Back to the Future, however about 20 minuets into the movie we were visited by a skunk who has apparently set up house UNDER my house... 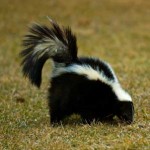